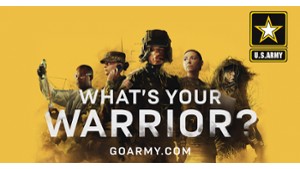 WORCESTER — Longtime WPI facilities manager Shawn McAvey has not yet traded his trusted Timex for an activity-tracking Apple Watch, but a few years ago, he did purchase a pedometer to clip on his belt, and on football game days, just going back and forth between his office on the lower level of Harrington Auditorium and Alumni Stadium, he logs about three miles.

McAvey, a Worcester native and Grafton resident and one of the most respected, reliable, likable and welcoming members of the WPI athletics department, will retire June 30 — “30 years, 45 days,” as he noted — after he began at WPI as an assistant equipment manager in May 1990.

“You don’t stay at one place for 30 years because you dread going to work in the morning,” McAvey said. “There are friendships and relationships, and there is some truth to the saying that kids keep you young.”

McAvey, a 1974 graduate of North High who grew up on Grafton Street, not far from his family’s bakery, Mrs. Mack’s, served in the U.S. Navy for five years and took over as WPI’s equipment manager in 2002. He was named facilities manager in 2007.

He interacts with all of WPI’s student-athletes and coaches, and fitting football players for helmets and shoulder pads, sewing uniforms, setting up benches for basketball games and mats for wrestling meets, fixing lights on the shot clock and maintaining the swimming pool are often all in a day’s work for McAvey.

“He wants it to be done well and done right for the students to have a great experience,” women’s basketball coach Cherise Galsasso said. “He goes the extra mile in the details. Right before a game, if a light was out on the scoreboard or the net seemed to be a little bit off, he would just jump into action and get it done.”

McAvey started at WPI under another longtime facilities manager, Jan Bialonozka, and over the last three decades, and especially the last 18 years under director of athletics Dana Harmon, has witnessed and been part of the growth and success of WPI athletics, including the opening of the Sports & Recreation Center and rooftop sports complex, and renovations to Alumni Stadium and Harrington Auditorium. Additionally, as McAvey said, the physical education curriculum at WPI has expanded, the Sports & Rec Center can accommodate more intramural sports, and club sports at WPI have continued to blossom.

McAvey said his wife, Carole Jean, would ask him why he was working so many hours.

Join Us And Take On Anything
Sponsored by U.S. Army
See More

“I would say to her, ‘It’s a whole new world. We are not athletics,’ ” McAvey said. ‘“We’re the athletic department that serves the whole WPI community.’ ”

In recent years, WPI has hosted the Worcester City Swimming & Diving Championships and the NCAA Division 3 Northeast Regional Wrestling Championships. McAvey had a major hand in setting up and seeing that those events went smoothly.

“I give kudos to the department,” he said. “Everybody likes the way we do things at WPI. They want to come back to WPI.”

Last fall, due to EEE restrictions, WPI could not play games after dusk. On a busy October day, with football, men’s soccer and field hockey home games scheduled at Alumni Stadium, McAvey helped get Rooftop Field, where the softball field and practice fields for other sports are located, set up for the field hockey game to be played there instead.

“We mobilized the troops and got it ready,” McAvey said.

Football check-in day in August, with over 100 kids reporting, can typically be chaotic, but McAvey always made it run more smoothly.

“Kids go down to the equipment room and get fitted for helmets and shoulder pads and get set up in the locker room,” Robertson said. “A lot of Division 3 coaches do that stuff, but I’ve never once worried about any of it because Shawn is there. He’s always there. He’s irreplaceable. He’s done everything for everybody for many years.”

At the 2018 Athletics Homecoming banquet, McAvey was the recipient of the Frank C. Harrington Award, which recognizes those who have been significant contributors to the WPI athletics program and quality experiences of WPI’s student-athletes.

“He literally is WPI athletics,” Galasso said. “He’s the backbone of our department.”

McAvey has formed strong relationships with student-athletes, coaches and staff through his kindness, sincere interest in them and shared love of WPI.

“He’s a genuine person,” Galasso said. “I’ve never met anybody as authentic, salt of the earth. He always wants to find a solution and always finds a way. He’s always positive.”

Since campus closed in March due to the coronavirus pandemic, McAvey has continued to come in periodically.

As a certified pool operator, along with aquatics director Paul Bennett and equipment manager Rick Beaulac, McAvey is essential personnel. In addition to taking care of the pool, McAvey also does walk-through checks of the Rec Center and Harrington Auditorium a few times a week.

McAvey and his wife have three daughters, Sharon, Jenny and Melanie, and five grandchildren. His sister, Grainne, who lives in Millbury, still bakes brownies with the family recipe from Mrs. Mack’s, and McAvey often gets requests for the sweet treats. McAvey was active in running his family’s business, which closed in 2018.

Speaking of running, about 20 years ago, McAvey joined the Footpounders, a WPI running group of faculty and staff. That only increased his mileage around campus.

McAvey plans to be back at WPI in the fall to (hopefully) cheer on the Engineers, relax and reconnect.

“There are so many kids that I know,” McAvey said, “and the way this whole thing ended (with the coronavirus crisis), I hope I have the opportunity to go back and visit and be around and support and even just say hi. You have relationships you can’t walk away from after all these years.”